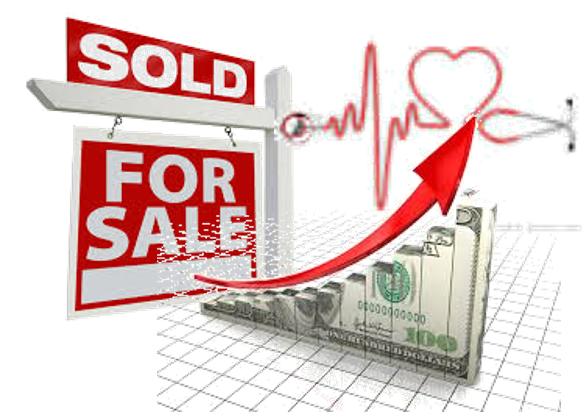 We have adopted the slogan, “Pure Hearts R Us is making Homeownership is the Heartbeat of America once again.” This is not just an attempt at a clever play on words; we feel it’s a genuinely apt metaphor.

What is the relationship of the heartbeat to a body? Obviously each heartbeat is the pumping of blood which carries oxygen and nutrients to all of the body’s tissues, a phenomenon critical to the holistic health of the entire organism. Can an increase in homeownership’s relationship to overall economic health really be compared to something as vital as the human body’s circulatory system?

According to the New York Times (“Why the Housing Market Is Still Stalling the Economy” – April 24, 2014), economists estimate that the U.S. should build around 1.5 million new housing units a year to meet long-term demand. Unfortunately the industry has undershot this since 2007. “If building activity returned merely to its postwar average proportion of the economy,” the article states, “growth would jump this year to a booming, 1990s-like level of 4 percent, from today’s mediocre 2-plus percent. The additional building, renovating and selling of homes would add about 1.5 million jobs and knock about a percentage point off the unemployment rate, now 6.7 percent. That activity would close nearly 40% of the gap between America’s current weak economic state and full economic health.”

“Sure,” the article goes on, “a glut of housing was built during the last great mania, and in some markets buyers are still working through those supplies. Bank lending is only now thawing, both for homebuilders and buyers. But those restraining factors have eased a lot in the last few years.”

So, if it’s not inventory or lending, then what is the biggest thing still holding the housing market back? According to analysts it’s simply demand.

Given demographic trends, there should be plenty of housing demand. The nation’s population has grown by about 20 million since the housing downturn began in 2006. Yet those additional people are translating into fewer new households. Why? Because those who want to buy can’t qualify.

So, just as a weak heartbeat perpetuates a downward spiral of bodily health, so too does a moribund housing market sap the U. S. economy of its health. And the ensuing weakness — high unemployment, slow wage growth — means that fewer people are able to buy, perpetuating the vicious cycle.

Pure Hearts R Us is dedicated to doing its part to reverse this cycle. We’re out to help people one individual or family at a time to become qualified home buyers through a holistic process of education, counseling and assistance. Beyond getting people into homes, our aim is to continue, then, to help them sustain responsible and financially viable homeownership throughout the rest of their lives. We feel that this kind of comprehensive approach is a foundational imperative for strengthening the economic heart rate of eventually, hopefully, the entire U.S. economy.

Please stay tuned to this blog for indications of our progress toward these goals. And thanks for your kind attention and support.